Winner of the 2020 Next Generation Indie Book Awards 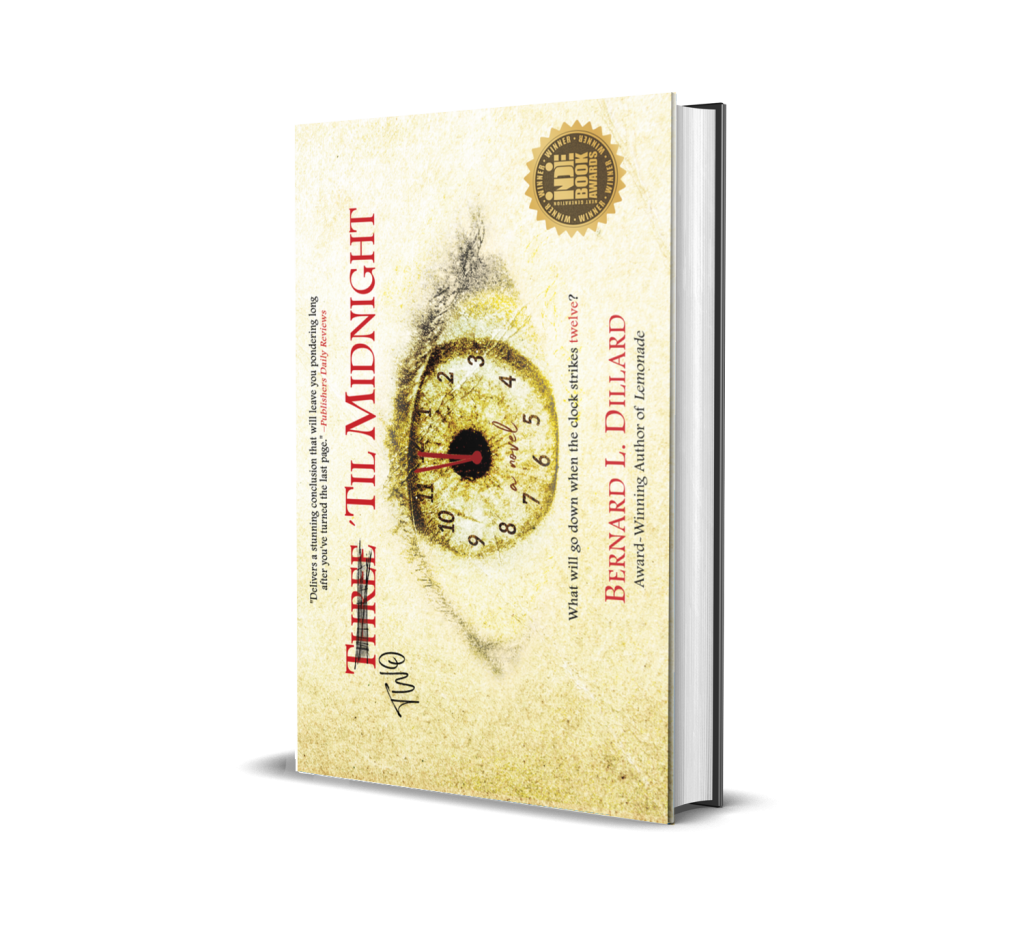 “Resonates like a live wire . . . Delivers a stunning conclusion that will leave you pondering long after you’ve turned the last page. Five-plus stars to Two ’Til Midnight.”

At the center of a fierce, fiery, and invisible battle is Dr. Garnet Gibbs, a history professor, who is considered to be both a guidepost for and a mystery to many on the job. After hours, she often finds herself caught in a vortex of drama surrounding her family, associates, and friends. Although she tries to offer support as best she can, the shenanigans of all involved may prove to be too much for her, especially given the potpourri of players in her world, including: Jamay, her adopted daughter; R.J., her grandson, whose father is facing challenges as he serves overseas; Kemal and Manuela, a kinky church couple; Tario, a Que Dog, whose harrowing run-in with the police leads to a death confrontation, igniting a Black Lives Matter rally in the community; Nieko, a gay gentleman, who is rethinking his sexuality but whose ex-boyfriend is making it tough; Rusty, an avowed redneck, who makes a shocking decision since he believes President Trump is taking too long to do something about the current state of affairs; and Celeste, her what-comes-up-comes-out co-worker, who has a knack for catching people off guard with her uncanny sense of humor. Critical interactions reveal key life lessons, but not all interchanges end on an upswing.

With the pace of a thriller, the intensity of a drama, and the humor of a late-night comedy set, Two ‘Til Midnight serves as a literary mirror, a subtle social commentary, and a barometer for measuring where a modern-day America fits on the diversity continuum. Something’s brewing. Someone’s watching, and time is running out! Midnight is fast approaching. But what will go down when the clock strikes twelve?!

Audio Clip for Two ‘Til Midnight

CIVILITY AND CONFLICT IN THE NOVEL: A TALK

BERNARD L. DILLARD was born in Durham, North Carolina. He studied English literature and mathematics at Morehouse College. He attained graduate degrees in math-related fields from Emory University and University of Maryland. He is the author of Lemonade: Inspired by Actual Events, his memoir, which won first place in Dan Poynter’s Global Ebook Awards (2013). He is an associate professor of mathematics at FIT and enjoys running and modeling. He currently lives in Brooklyn.